Home Articles The Review Is in and the Tariffs Remain 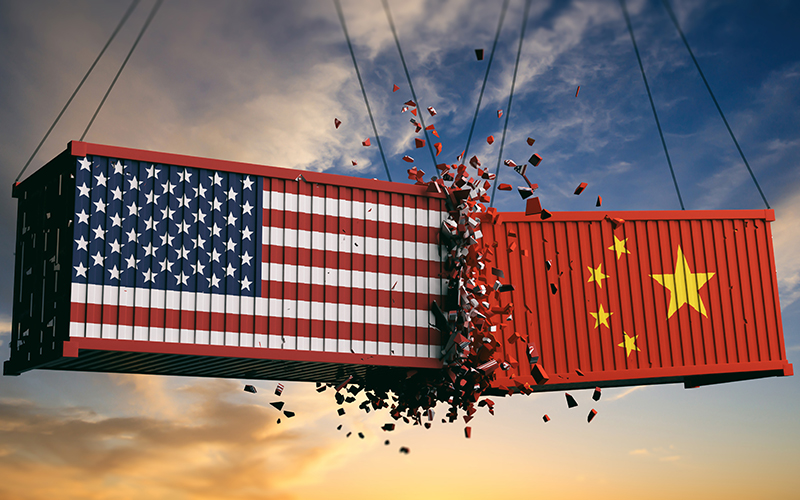 The Biden administration announced on Oct. 4, 2021, that the Office of the US Trade Representative (USTR) had completed its eight-month review of Washington’s trade policy toward Beijing. The review confirmed that the US will continue applying tariffs on imported Chinese goods and that USTR ambassador Katherine Tai believes the tariffs are an effective tool in the trade law arsenal.

AMBA worked with policymakers in both parties in Washington, D.C. to help them understand the impact of imported Chinese dies and molds that Beijing and local governments continue to subsidize. The Biden administration came under intense pressure from US importers to lift the tariffs outright but faced opposition from domestic manufacturing groups. The current tariffs in place cover 66.4% of Chinese exports to the US.

The USTR did, however, announce a limited tariff exclusion process for 549 identified imports from China, most of which expired in December 2020. If USTR aimed to please all sides, it certainly failed as importers only increased their calls on the Biden administration to expand beyond the targeted list and allow importers to request a tariff suspension
on any Chinese goods.

After imposing the 25% and 7.5% tariffs on imports from China, former President Trump created an exclusion process for US companies to petition the government for a temporary suspension of the tariffs. It was this very process that lifted the 25% tariffs on Chinese plastic injection molds until AMBA and its members successfully lobbied to reinstate the restrictions on imports after demonstrating sufficient domestic capacity.

As of this writing, the targeted list of eligible items does not include those molds previously granted an exclusion. Sources in Washington do indicate the USTR may consider expanding the list beyond those 549 items in the future, which means the threat to US mold and diemakers continues.

In another important victory for AMBA and American manufacturers, the USTR did agree to include a question suggested by the association of importers requesting to suspend the tariffs – what steps have they taken to source domestically? This is a step in the right direction and will help the AMBA defend the industry in the event molds and dies become eligible for an exclusion.

In the review, the Biden administration went beyond simply continuing the tariffs and restarting a narrow exclusion process. Sources in Washington indicate the USTR may look into starting a new trade case against China, this one focused on industrial subsidies. The current Section 301 tariffs use intellectual property theft as a justification for the imposition of tariffs on imports and focusing on illegal government subsidies could add another layer of action against Beijing.

In her public remarks at the conclusion of the review in October, Ambassador Tai also said the US will work to enforce the Phase I deal struck in January 2020 between the previous administration and China. China committed to expanding its purchases of select US goods and services over a two-year period by a combined $200 billion. Unfortunately, China remains well behind its promised goal for all covered goods and services, including manufacturing.

Through August 2021, the US had only exported 61% of the manufactured goods target, falling over $28 billion short in the year-to-date value of goods. The Biden administration would like to see the Chinese increase those purchases, but few believe Beijing will meet the commitments on energy or manufacturing. This is part of the reason Washington will look to agriculture as a possible bright spot; as of August, China had purchased 89% of the target in agricultural products.

Other than Phase I talks, the US and China are not likely to pursue the Phase II deal envisioned by the previous administration. While the US policy review toward China did not set forth a clear path forward, there does appear to be more of an effort to maintain the status quo and not cause further tension between the top two global economies.

On Capitol Hill, both domestic manufacturers and importers are lobbying Congress to pass a US supply chain bill that increases investment in American businesses, while strengthening research and development for targeted industries. The major hold-up remains a top priority for the AMBA – efforts to unilaterally extend all expired tariff exclusions.

Many Senate Republicans remain insistent on including language in the supply chain bill to restart the exclusion process for all tariffs, a move resisted by House Democrats on the trade committee. Negotiators hope to have a final bill sent to President Biden by the end of the year, but they must address the impasse over tariff exclusions.

To many in Washington, the Biden China policy review remained just that – a review without a roadmap, largely continuing the previous administration’s policy and buying it more time to work with overseas allies on how to engage Beijing and counter its economic and geopolitical activities.

One area where we do expect additional engagement from the USTR is related to China’s use of state-owned enterprises. Manufacturers throughout the US have said they can compete with any other foreign business, just not a foreign government. USTR said it would like to address several critical issues not addressed in the Phase I agreement, including, “Beijing’s non-market policies and practices that distort competition by propping up state-owned enterprises, limiting market access, and other coercive and predatory practices in trade and technology.”

With the policy review now complete, US manufacturers must not let their guard down – both in their businesses and in Washington – as lobbying continues to intensify from importers to allow the return of more imports from China.

Omar Nashashibi is a founding partner at The Franklin Partnership, LLC, a bipartisan government relations and lobbying firm retained by the American Mold Builders Association in Washington, D.C.