The business leaders of today resemble the captains of those old clipper ships. They know where they came from and they have an idea where they are going, but what happens in between is unknown and possibly disastrous. Thus far, the assumptions regarding the macroeconomy have ranged from glass half full to glass half empty, but all the while we have no knowledge of how big the glass is or what is in it. Is there anything to have confidence in as far as 2021 or the rest of 2020 is concerned? We would assert there are three very likely scenarios, all nearly the same in terms of probability.

Bear in mind that all three of these are based on a whole series of assumptions – and also bear in mind that many of the assumptions that were made earlier in the year proved to be desperately inaccurate. Remember when we all thought the virus would peak in April and that every state would be seeing steep declines by the end of that month? Now that we are registering record numbers of infections, hospitalizations and fatalities, that assumption has been rejected. Remember when there was to be a lifting of the lockdown and a quick May rebound, leading to a recovery and a “V” shaped recovery by the third quarter? The lockdowns were only partially lifted and, since then, many have been reimposed. In fact, there is serious talk of another national shutdown – and one that would last even longer than the first one. There were assumptions about how many people were “furloughed” as opposed to having been actually fired. There were assumptions regarding what would take place in other nations as they contended with the viral threat. All of these assumptions fell short. As we review the scenarios now developing, it will be important to remain skeptical.

This is the most miserable of the three, as it assumes that the virus is not brought under control, that treatment options do not improve and that a vaccine is not developed before sometime in 2021. This will lead most nations back to the lockdown strategy as the only response, and the economic collapse experienced in March will be repeated. The decline will be even more intense, as businesses will have exhausted their reserves, consumers will have exhausted theirs and governments will have little ammunition left. This is the scenario that leads to a severe depression – but we hasten to point out that this outcome is anything but guaranteed, as it depends on both the progress of the virus and the willingness on the part of the government to shut down the business community.

The first and most important is that the virus will not be contained in any real sense. This means social distancing will not be maintained, mask-wearing will be rejected by many people, testing will be inadequate, hospitals will be unable to keep pace and so on. With a more universal response to the threat, this assumption would be rendered inaccurate.

The second assumption is that dealing with the virus will mean some form of a renewed economic lockdown – an immensely difficult decision given the damage already done to the global economy. The probability of a lockdown in a political year is very low.

The third assumption is that solutions to either the viral outbreak or economic collapse will not be developed. That means that treatment options remain inadequate, and the vaccine still is many months away. It also means that governments cease efforts to insulate people and business from the impact, as there will no longer be the money to do so. 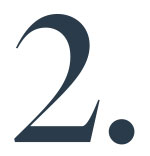 Scenario Two: The arrival of the swoosh

This is the optimistic counterpoint to Scenario One. This assumes a substantial rebound by the end of 2020 and continued expansion into 2021. As is apparent as one looks over the latest numbers, there has been a lot of momentum developing in a variety of key sectors. Remember that the 2020 economy was growing at a respectable pace prior to the pandemic, and it has appeared that businesses and consumers are eager to get back in the groove. What has to happen for Scendario Two to develop is either a retreat by the virus to levels seen as “under control” or a willingness to move ahead with ending the lockdown even as the virus remains a threat. The discovery of a treatment would be critical to moving ahead with removing the lockdown, but the vaccine will be required to end the threat. If the lockdown is not imposed again, there is a modified “V” recovery yet this year – the swoosh (as it will look similar to the Nike symbol).

Again, there are three primary assumptions driving this scenario.

The first is that the virus is either contained or its impact is accepted to some degree. The reality is that the world will never be rid of the COVID-19 virus altogether. It will behave as all the other viruses have (SARS, MERS, Avian flu, Swine flu, Marburg, Ebola, Zika, West Nile and so on). It will remain in the global population and will take a human toll, but the numbers will be deemed “acceptable.” Either the number of people affected declines dramatically or the public tolerance for the death toll grows.

The second assumption is that restarting the economy takes center stage, and lockdowns continue to lift in order to get people back to work and business back to normal functioning.

This leads to assumption three – that policy makers will have public support to focus on the resumption of normal activity, even as the threat of the virus continues.

As always, there is the middle ground – the swoosh is coming but not as quickly as had been originally anticipated. Rather than seeing a recovery under way in Q3 or Q4, the rebound starts in earnest in 2021 and likely not until the second quarter. The assumptions at work here involve a partial reimposition of the lockdown, but one that leaves major sectors relatively untouched. This scenario relies more on what is happening in the rest of the world, although all three scenarios will be profoundly affected by the pace of recovery in Asia, Europe and elsewhere.

There are reasons that middle ground scenarios often dominate. There will be limited appetite for either of the other positions – people will not want to see the virus become an even greater threat and will demand that authorities “do something.” On the other hand, that same public will reject the notion of crushing the economy again and plunging the nation into a depression that would destroy millions of lives. They will demand: “Do something else.” The result will be a bit of the worst of both worlds. The virus will continue to constitute a very real threat and the economy will be weakened, but there will be some perception of progress. If there is no expanded lockdown to deal with the virus and no lockdown lifting to boost the economy, all the hope will be placed on the development of an effective treatment and the development of an effective vaccine. The assumption is that neither of these are available until some point in 2021 and perhaps not until 2022.

This puts the business leader in the cabin of that ship. The course might be smooth all the way to the destination or there may be a hurricane developing dead ahead. It has been a long time since business in general has faced this much uncertainty.