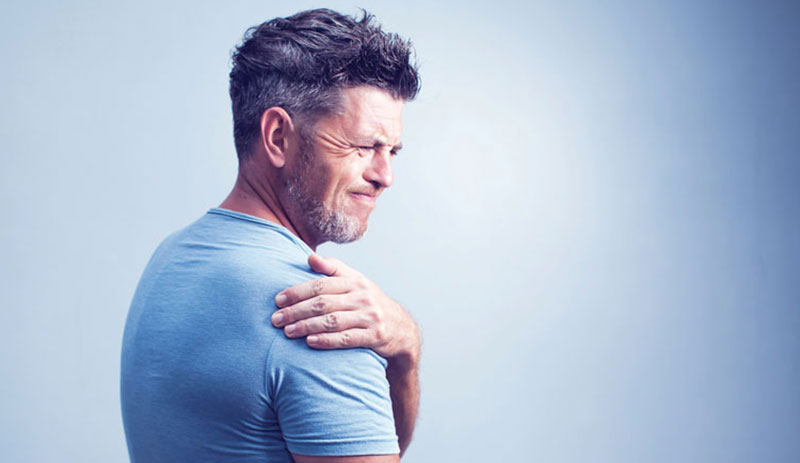 Editor’s Note: In July of 2019, Delia Treaster, Ph.D., CPE, Ergonomic Technical Advisor from the Ohio Bureau of Workers’ Compensation, presented “Essential Ergonomics” at an Environmental, Health and Safety Summit for the manufacturing industry in Columbus, Ohio. This article is an approved summary of her presentation.

Delia Treaster, Ph.D., CPE, Ergonomic Technical Advisor from the Ohio Bureau of Workers’ Compensation explained that “ergonomics is simply no more and no less than fitting the work to the worker,” and that the goal of ergonomics is to “reduce wear and tear on the human body from the work that people do.” She explained that a person’s size and other physical attributes are a common factor in the mismatch between a worker and their work, noting that everybody – every body – is different. Tall, short; strong, not so strong; left-handed, right-handed.

The objective of ergonomics, as it applies to fitting the work to the worker and reducing work’s wear and tear on the body, is to prevent or reduce the risk of injuries. These injuries generally develop slowly and affect the soft tissues. “Tendons are really high in the list of structures within the human body that can get hurt,” said Treaster. Ligaments are also common injury sites, as well as nerves and blood vessels, and sometimes bones.

Injuries can go by a variety of names. “A lot of ergonomic injuries are called musculoskeletal disorders, MSDs,” said Treaster. They have been called cumulative trauma disorders (CTDs), and they are also called RSIs – repetitive strain injuries. The words cumulative and repetitive hint at the slow development of these injuries. Low back pain is an extremely common type of MSD. As Treaster puts it, “80% of the entire working population at some point in their working life will have back pain,” which could stem from many root causes including pulled muscles, overexertion, a sprain or strain, or an underlying disc disorder.

Musculoskeletal disorders also include carpal tunnel syndrome, rotator cuff tendonitis, tennis elbow and deQuervain’s syndrome (also called Blackberry thumb). While MSDs are usually mild and temporary, some of them – such as those arising from heavy exposure to vibration – can lead to complete disability. Whether they are mild or extreme, they are so common that they account for about 30% of workplace injuries.

These MSD injuries can be costly for employers, with indirect costs dramatically compounding the direct cost. Treaster cited direct cost figures from 2013, noting that a carpal tunnel syndrome would cost about $18,000 for a lost-time injury; a cervical disc displacement was about $64,000; a lumbar region sprain could be about $3,000; and a rotator cuff sprain might be $35,000.

While direct costs are medical payments and compensation, indirect costs are not in plain sight. Treaster described direct costs as “the tip of the iceberg versus what’s below.” She noted that indirect costs include things like hiring costs and training for a replacement worker, overtime to make up for slower-than-usual production, missed deadlines, damage to equipment and tools, and loss of goodwill.

The three major risk factors for ergonomic injuries are force, posture and repetition. Treaster stressed that these are the big culprits, and that at least one is present on any given job. In a situation where a worker lifts and places a box, for instance, force equates to the amount of muscle force required for the task. Posture comes into play if the worker must, for example, reach over something to lift or place the box in an awkward way or in a way that moves the box away from the worker’s center of gravity. Repetition can, of course, amplify a task’s wear and tear on the body.

When major risks are combined, the likelihood of injury can skyrocket. “If you just have just one – bad posture – that’s a lower risk,” said Treaster. The risk increases dramatically if a task includes two of the three major risk factors. Treaster explained that “going from having one to having two risk factors increases the risk of an MSD something like 16 times.”

In using ergonomics to fit the work to the worker, Treaster explained that this includes accommodating workers’ physical differences such as height, strength, age and dominant hand. Achieving the right work-to-worker fit may require adjustments to what Treaster called engineering controls or may take changes in administrative controls.

Changes in administrative controls might be the correct solution, including training, doing job rotation or job enlargement. The process itself may require review and adjustment. Treaster said that the pace of work often is an issue to be addressed, especially in industries where workers are paid on a per piece basis and are therefore inclined to work at a rapid pace.

“This can cause people to work through their breaks or cut their breaks short,” she said, “Breaks are intended to literally give your body a break, to stop doing whatever it was you were doing and give your body a chance to recover. When people are paced by machines or externally, and they don’t have the ability to rest or take a micro-break, that can actually be detrimental.”

When reviewing the workplace for ways to improve the ergonomics, Treaster advised manufacturers to seek progress, not perfection. “Don’t look for perfection when you make ergonomic changes,” she said. “You are looking to incrementally improve the ergonomics of the workplace.” And in making those changes, Treaster made this point: “Ergonomics is like golf; it’s a game of inches. Two or three inches can make a huge difference.”

Treaster mentioned some simple ways to fit the work to the workers. A scissors lift can be used to raise a workspace so that excessive bending is eliminated. Work areas can be outfitted with turntables (including those that are set in the floor to accommodate forklift traffic) so that workers can rotate a pallet, for example, rather than reaching across or walking around it to load items. A third example is a simple, inexpensive idea: add wheels to long ladders in a way that allows a worker to move the ladder by rolling it rather than carrying it.

“Ergonomics is fitting the work to the worker,” said Treaster in summing up the presentation. “You want to accommodate individual differences. That’s key to this concept of ergonomics. You reduce risk factors – force, posture, repetition. You can redesign the workplace, the tools, the equipment or the process.”

“Be aware,” she said, “it’s not always a one-time solution. Sometimes you have to iterate. You make a change, and then you realize, ‘Well, I was close but not quite there, so I have to make another change.’”