Home Articles Molds in the Middle: Trump vs. China 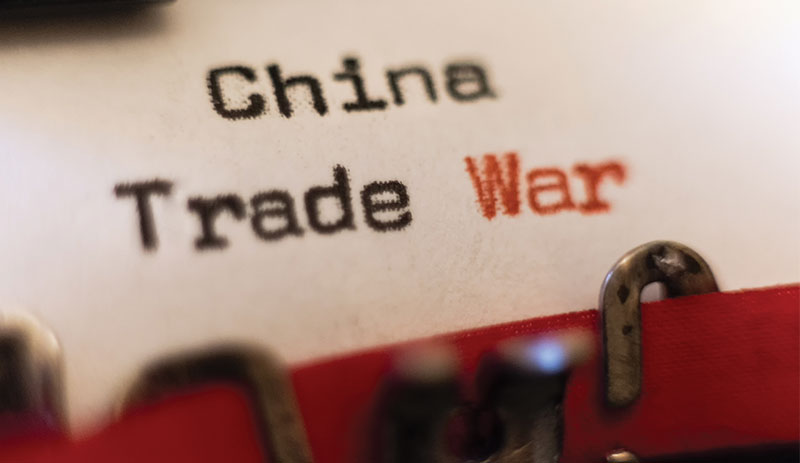 There is a saying in Washington, D.C.: “If you don’t have a seat at the table, you’re on the menu.” But sometimes, you’re just caught in the middle, as are America’s mold builders today between a president supportive of manufacturing and customers demanding lower-cost imports from China.

As a lobbyist for small- and medium-sized downstream manufacturers since 2002, I have seen plenty of industries and others caught by surprise because they did not have a seat at the table while Washington made critical policy decisions. The American Mold Builders Association (AMBA) recently retained the Washington, D.C.-based lobbying firm The Franklin Partnership to not only give the industry a seat at the table but to reinforce the association’s ongoing efforts to promote its members’ capabilities and priorities.

Through several presidential administrations, we have seen firsthand how China employs an industrial strategy of espionage and intellectual property theft, providing government subsidies and currency manipulation to gain an edge over the US and other manufacturers. On July 8, 2018, President Trump declared the US would respond by imposing a 25% tariff on $34 billion worth of Chinese goods, including imports of plastic injection molds (defined under Harmonized Tariff Schedule: HTS 8480.71.80.45).

Following imposition of those tariffs, members of the AMBA reported a significant increase in requests for quotes from current, past and new customers. Clearly, the sudden price increase on imported Chinese molds had its intended effect – to promote manufacturing in America.

However, on December 28, 2018, the Office of the US Trade Representative announced it would suspend for 12 months the 25% tariffs on plastic injection molds at the request of roughly 50 US importers, a number of which are Chinese-owned subsidiaries.

After mold importers received the exclusion, many of those purchase orders never came through.

Some mold builders report that the “China price” is typically 35% below what American manufacturers can afford to charge, and unless the US is within 20% of the Chinese quote, they cannot win the business. The 25% tariff President Trump imposed on imported Chinese molds helped bridge the price gap and make US mold builders more competitive.

Now, 12 months later, the government must decide by December 28, 2019, whether to extend the exclusion from the 25% tariffs for another 12 months. Among the reasons importers stated when seeking an initial suspension of the tariffs – and now an extension – is lack of mold building capacity in the US, lack of specialized techniques and, of course, price.

One company went so far as to admit it must source molds from China in order to compete with its government-subsidized Chinese competitors. This is why the AMBA mobilized its members and stood up to have the voice of America’s mold builders heard prior to Washington deciding whether to reinstate the 25% tariffs.

Since the AMBA began working with The Franklin Partnership lobbying firm in October, it is educating policymakers in Washington, D.C., about the more-than-adequate capacity, superior quality and similar lead times. While, in some industries, few domestic sources often exist – particularly for specialty raw materials – the US Census found 1,439 mold building establishments in this country, employing 35,000 Americans.

Just to make things easier for would-be importers, the AMBA maintains a Sourcebook listing 241 companies with their capabilities in 35 categories. Companies – and regulators – can find the latest 2019 Sourcebook under Publications at amba.org to find a mold builder that meets their needs.

A few mold importing companies stated the US lacked the specific capabilities to manufacture the specific molds. While there is no doubt the quality of Chinese products continues to improve, few would claim they make a superior product to that manufactured in the US.

Surveys and research conducted by Harbour Results, Inc., a leading adviser to small- and medium-sized manufacturers, shows mold builders currently operate at roughly a 75% capacity utilization rate, as reported in third-quarter data. Another separate, but smaller survey, confirmed this figure, as respondents stated they remain at under 70% capacity, and only half had received requests for quotes from an importer who filed a petition to exclude a Chinese mold from the 25% tariffs.

The final substantive argument to which importers point is longer lead times in the US vs. China, especially when starting a new supply chain. Survey data, again from Harbour Results, show the average lead time for an injection mold of less than 500 tons is 12 to 16 weeks in the US and 10 to 12 weeks in China, while an American 1,000- to 1,500-ton injection mold also has a 12- to 16-week lead time compared to an 18- to 20-week wait for the same Chinese mold.

The data are clear: The more than 1,400 mold builders – including over 200 listed in the AMBA 2019 Sourcebook – have the capacity at a current 75% rate and the technological capabilities through constant investment to meet current demand in the same time frame as a Chinese competitor.

This leaves the obvious – the “China price.” One mold builder recently told me he’s seeing a new China price, where they are lowering their quotes to levels not seen in years. Further reinforcing the China price challenge, even as we approach the December 28 deadline, some mold builders report an increase in requests for quotes, as many importers expect the government to reinstate the 25% tariff.

Oftentimes, despite an industry being stuck in the middle and being pulled in different ways, US mold builders must ultimately choose to stand up at the table for their own businesses and communities. Working with the government often is frustrating. Having lobbied four presidents and five speakers of the US House, I have seen the damage Washington can do when it makes consequential decisions with incomplete information. However, I also have seen our government correct its ways when presented with compelling information from active US manufacturers – but they cannot hear your voice if you do not speak up.

Omar S. Nashashibi is a founding partner with The Franklin Partnership, LLC, a private bipartisan lobbying and government consulting firm based in Washington, D.C. He lobbies the federal government on behalf of manufacturing trade associations and advises clients on formulating business strategies to minimize risk and maximize opportunities resulting from decisions made in Washington.