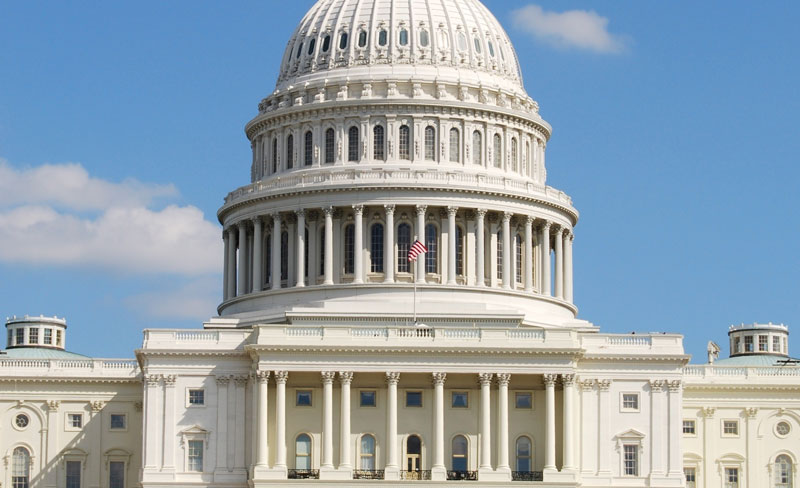 Against the odds, the Republican-led Congress and President Trump were able to pass the Tax Reform & Jobs Act of 2017 (The “Act”). As such, most mold builders will see a drop in their tax bills, beginning in 2018.

Many of the provisions mold builders rely upon to compute their federal tax liability were changed, ushering in new tax rates and new deductions, while eliminating some deductions and incentives. The following describes the changes made by the Act that are most likely to impact AMBA members.

The Act permanently reduces the corporate tax rate to a flat 21 percent, replacing the graduated rates of 15 percent to 35 percent. The new tax rate went into effect Jan. 1, 2018. For taxpayers with non-calendar year-ends, the IRS will have to apply the different tax rates on a pro-rata basis, based upon the number of days before Jan. 1, 2018, and the number of days after Dec. 31, 2017.

In addition, the Act eliminates the corporate Alternative Minimum Tax (AMT) for tax years beginning after 2017. The Act also makes the AMT credit refundable for any tax year beginning after 2017 and before 2022 in an amount equal to 50 percent of the excess of AMT credit carryforwards for the tax year over the amount of AMT credits allowable for the tax year against the regular tax liability. Any AMT credits remaining in 2021 will be refunded to the taxpayer.

Flow-through entities, such as S corporations, partnerships and sole proprietorships, are taxed at the owner level. That is, the entity does not pay income tax. Rather, the income, deductions and credits “flow-through” to the owners of the company, and those owners pay the federal income tax on the profits of the business. Most AMBA members are likely organized as flow-through entities.

Rather than reduce the tax rate that individuals or trusts pay on their business income, the Act allows for a new 20 percent deduction of domestic qualified business income from a partnership, S corporation or sole proprietorship for tax years beginning after Dec. 31, 2017, and before Jan. 1, 2026.

In addition to the new flow-through deduction, the Act temporarily reduces individual tax rates for all income levels.

The benefit phases out, however, over the following five years:

The Act also increases the §179 depreciation limit from $510,000 to $1 million for tax years beginning after Dec. 31, 2017. IRC §179 is a provision that allows processors to deduct the cost of qualifying property placed in service during the tax year rather than to recover the costs through depreciation deductions. The IRC §179 limit is phased out, dollar-for-dollar, for purchases exceeding a threshold amount of $2.5 million (up from the prior $2 million threshold).

The Act keeps the R&D tax credit in its current state, a credit that most mold builders utilize to reduce their tax liabilities. In fact, the credit became more beneficial with the passage of the Act due to the decreased corporate tax rate.

While the credit was preserved, mold builders must begin to capitalize their research expenditures that are paid or incurred in tax year 2022 and thereafter, amortize them over a period of five years (15 years for research performed outside the United States).

For tax years beginning after Dec. 31, 2017, the Act limits the deduction for net interest expense incurred by a taxpayer with average annual gross receipts greater than $25 million to the sum of the business interest income and 30 percent of the adjusted taxable income. Any amounts exceeding this limitation may be carried forward indefinitely.

In addition, the Act limits the net operating loss (NOL) deduction for NOLs arising in tax years beginning after Dec. 31, 2017, to 80 percent of the taxable income, with any excess NOLs carried forward indefinitely. Further, NOLs will no longer be allowed to be carried back.

Moreover, most mold builders have been required to use the accrual method of accounting in reporting their revenue and related deductions. However, for tax years beginning after Dec. 31, 2017, taxpayers with average annual gross receipts of $25 million or less for the prior three tax years may use the cash method of accounting, regardless of the company’s entity structure. That is, the mold builder will recognize revenue when it receives the cash and claim deductions when the expense is paid.

Further, taxpayers with less than $25 million of average annual gross receipts for the prior three tax years are exempt from the requirement to account for inventories in a traditional manufacturing sense. Thus, mold builders will be able to treat their inventory as incidental supplies and deduct the inventory when it is used in the manufacturing process. In addition, mold builders falling under the $25 million threshold will be exempt from the UNICAP rules, and therefore not required to capitalize their indirect expenditures and overhead into the cost of their inventory.

Many of the provisions of the Act are favorable to mold builders, and mold builders’ federal tax liabilities should decrease. Careful planning, however, may be necessary to ensure all benefits and incentives are recognized.

Michael J. Devereux II, CPA, CMP, is a partner and director of Manufacturing, Distribution & Plastics Industry Services for Mueller Prost. Devereux’s primary focus is on tax incentives for the manufacturing sector. He has been an AMBA partner since 2015. Mueller Prost’s Tax Incentives Group is nationally recognized and has assisted numerous companies in the plastics industry capture these benefits. For more information, email mdevereux@muellerprost.com or call 314.862.2070.