Home Articles OSHA Under Trump: The Waiting is the Hardest Part 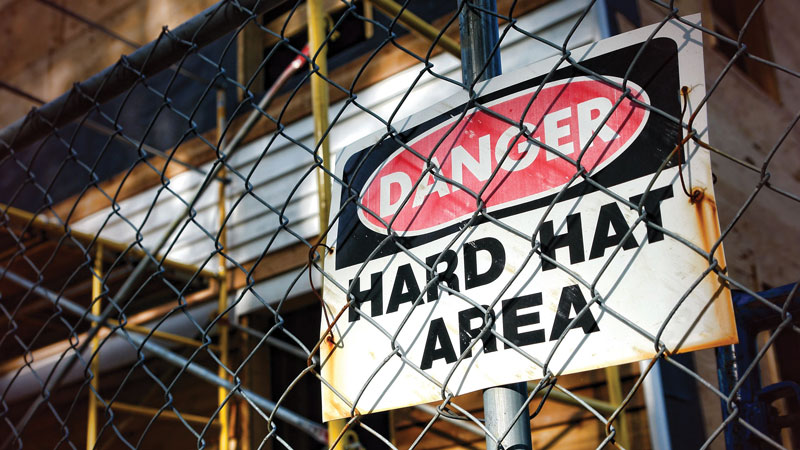 Just like Tom Petty sang it, “Waiting is the hardest part.” The Occupational Safety and Health Administration (OSHA) is waiting to see what’s going to happen, while trying to maintain status quo. Many inside are afraid the hammer will drop.

As President Trump has yet to name a new OSHA leader, it’s difficult to predict exactly how the administration will operate during the next few years. I’ve been through seven presidential administrations, and it normally takes a couple of years before you see much of the current philosophy come to the forefront.

The OSH Act was enacted in 1970 “To assure safe and healthful working conditions for working men and women; by authorizing enforcement of the standards developed under the Act; by assisting and encouraging the States in their efforts to assure safe and healthful working conditions; by providing for research, information, education, and training in the field of occupational safety and health; and for other purposes,” according to OSHA.gov.

It is focused on enforcement and will always be the bible by which OSHA is guided. Even the most politically conservative folks like to see punishment for bad actors that are truly abusing workers.

But, a few actions by OSHA in recent months may provide a preview of things to come.

Potential changes under the new administration

In June, OSHA asked for public input and suggestions to strengthen Voluntary Protection Programs (VPP). For those who don’t know, VPPs are a collaborative effort between management, labor and OSHA that commits to successful implementation of a comprehensive safety and health management system. They have been popular during previous Republican and some Democratic administrations.

VPPs are the pinnacle of voluntary compliance and have a positive impact on entire industries, but they also put a lot of strain on OSHA’s resources. With pending budget cuts – and, possibly more on the way – OSHA could be stretched thinner than ever. OSHA needs to develop new ways to utilize outside consultants to strengthen the VPP program, while at the same time minimizing the stress on OSHA staffing levels.

Based on these past few months, it’s not a stretch to think that OSHA may swing back and create fewer compliance rules for employers to follow. Still, I have had several employers ask me for assistance because of continued stiff OSHA fines since Trump has been in office, which indicates existing rules are still being enforced.

Many anticipate there will be more compliance assistance and less enforcement, although we have not seen much of that yet. The fact that an assistant secretary has not been appointed is a sign that OSHA is not a huge priority.

During the Obama Administration, OSHA found great success with strong enforcement and harsh penalties. It will be tough to swing the operational managers and directors 180 degrees in a short time frame. Don’t look for things to change right away, but look for some major enforcement cuts in 2018 and beyond.

Rob Medlock is senior vice president of SCT. Medlock studied at Indiana State University, where he received his bachelor’s degree in safety management. He served with OSHA throughout his career, leading his office in conducting more than 17,000 inspections and implementing several OSHA Emphasis Programs until his retirement in 2011. With more than 33 years of experience as an OSHA employee and 20 years as the Cleveland OSHA Area Director, Medlock is a proven expert in the field of occupational safety. At SCT, Medlock is responsible for directing and supervising a staff of professionals to provide high-level occupational safety and health expert witness services. For more information, visit www.sct.us.com.