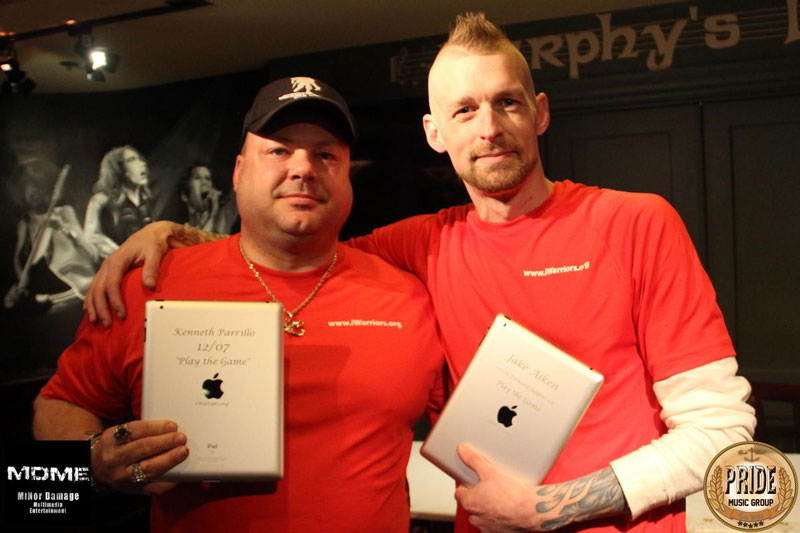 With July in the rearview mirror, iWarriors and its supporters are working to raise additional funds for the nonprofit’s iPad program for combat-wounded service members. Since January, supporters of the program – mainly AMBA members and partners – have raised more than $36,000. These funds have allowed iWarriors to provide 63 iPad gift packages to both active duty members and veterans so far in 2017. In the past, 100 to 120 iPads have been donated annually.

“When the program began in 2011, the majority of our iPad recipients were amputees,” stated Kim Bartz, co-founder of the nonprofit. “Six years ago, our goal was to get an iPad into the hands of every hospitalized service member as a tool to communicate with loved ones back home. It was our way of giving back for their sacrifices.” The hospitalized men often were looking at multiple surgeries, followed by one to three years of rehabilitation and recovery. The iPads did their job by keeping them connected.

Fast forward to 2017, and the iPad is capable of so much more with the introduction of applications. “Ninety percent of our applicants have a traumatic brain injury and/or suffer from post-traumatic stress,” said Bartz. “They have been blown up by IEDs on multiple occasions and witnessed carnage no human should ever experience. Many have reduced hearing, as well as vision problems, from repeated explosions.”

Those who receive a gift from iWarriors are the recipients of a personally engraved iPad, case, earbuds and a gift card to purchase apps that can improve their quality of life. “Most of us cannot relate to living with a brain injury,” Bartz continued. “Imagine forgetting your weekly appointments, medications or even forgetting to pick up your child from school. Many of our applicants cannot live independently and rely on their spouses or others to manage their lives day to day. The iPad and apps can change that.”

iPad apps allow wounded and recovering service members to become responsible for appointments by using the calendar, and apps can be used to remind them to take or refill medications. The VA system allows them access to their medical files digitally. Other recipients use music, reading and yoga apps as therapy for PTSD. “There’s pretty much an app for everything nowadays,” she said, “and with the iPad’s light weight and size, it can go everywhere they do.”

iWarriors has been fortunate to have many AMBA supporters step up and hold special events over the past couple of years, including a sponsored snowmobile trip, several golf outings and a 5K race. Such events have made a huge impact on the amount of funds raised annually – and the number of iPads that can be awarded. The nonprofit relies on the support of the AMBA, its members and partners to continue the program into the future. Applications from wounded service members are received daily.

“We hate to put anyone on a wait list,” said Bartz, “but this time of year, we run low on funds. With a couple of golf events yet on the calendar and hopefully companies stepping up with a donation, we will be able to provide an iPad package to all of our qualified applicants.”

Tax-deductible donations of any amount can be made on the website (www.iwarriors.org) or by mailing a check to iWarriors.org Fund of SCVF, St Croix Valley Foundation, 516 Second St., Suite 214, Hudson WI 54016.