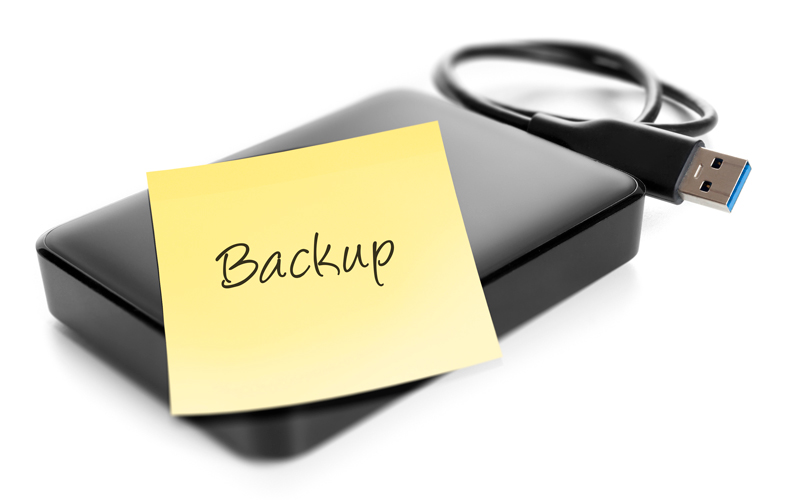 “Expensive, time consuming and a waste,” are the words Anthony Frigo, general manager of Northern Tool Manufacturing Company, Springfield, Massachusetts, used to describe the process his company endured following a hard drive failure on its server. Working in the thermoset molds and thermoset molding field with some of the largest companies in the world, it is imperative that Northern Tool maintain a reliable and thorough backup system for data – a lesson Frigo learned the hard way.

Until five years ago, Northern Tool had a standard server with multiple hard drives. Though Frigo changed servers many times over the years, the particular one in question was in place for two to three years before misfortune struck. A simple USB-like plugin portable hard drive served to back up the software that came with the unit. It was run through the server, resulting in the entire system being interconnected with no separation of data. When backup failure occurred, the whole system crashed.

Since the backup system was not being monitored at the time, no one was aware of the missing data until it was too late. “I lost two months of data across the board,” Frigo reported, “to include accounting, tool drawings – whatever was being done in the building at that time.” The data loss cost the company between $20,000 and $30,000 to retrieve and redo. This event and the expenses incurred spurred Frigo to address the problem with data backup and storage.

In order to avoid similar disasters in the future, Frigo relied on his own knowledge to design a new solution. Attaining the necessary gear was a relatively smooth and inexpensive process. As a self-proclaimed computer geek, he knew what to purchase to guarantee effective data storage. Frigo declared, “I have attended many networking courses and have some technical background in terms of building computers, so I decided to do it all myself.” Once Frigo narrowed down his selections for the new system, it only took about a week to organize. Wanting to be mindful of the budget while also obtaining dependable equipment, he found a business that sold second-hand computers. “Most of these computers come from corporations that swap them out every year,” emphasized Frigo, “which, for a small business like us, it’s a better way to go.”

Frigo opted for a data backup system with four layers to ensure the mistake would not be repeated. The first layer is a Windows 2012 server on a Dell PowerEdge 2900 with 4TB of Raid5 storage that he purchased used from Stallard Technologies. For $200, a local technician installed Windows Server software and connected workstations to the server, and the technician continues to come in and monitor the system every six months. Frigo also included three additional layers of backup to safeguard the company’s data.

Serving as the first tier for data backup, Frigo selected Netgear ReadyNas NV+ with 4TB of Raid5 storage. This onsite solution works in real-time. If files are accidentally deleted, this is where they can be retrieved. It cost roughly $600 when it was purchased from Newegg.com four years ago. Frigo proclaimed, “The redundant drives are what make the unit nice.” This layer is followed up with another level of backup – a portable 4TB drive from WesternDigital. Frigo stores this drive at his house and brings it to the office once a month to do a full backup of the system. He purchased it two years ago for $200. It is only to be used if both the server and Netgear unit are damaged. The third and final layer Frigo built into the design is Carbonite 4TB service. This is the offsite backup for which Northern Tool pays about $300 a year. Carbonite will overnight a hard drive with files if it is ever needed. This backup is only to be utilized if the previous steps fail.

Several online companies offer this service, and Frigo has been using Carbonite for more than four years. He exclaimed, “It is extremely easy to set up on my server, and I can backup either in real-time or during certain times of the day – depending on what type of internet connection is available.” Finding and acquiring the components to the new system came together without difficulty, and Frigo anticipated the changeover to be equally uncomplicated for his staff.

Northern Tool employees responded rather favorably to implementing the new backup system, and Frigo took steps to ease his team into the transition. He decided to take it upon himself to train them and said, “We just showed them the login procedures and I walked them through the setup and explained why we were doing it.”

Frigo hoped this approach would prevent obstacles from arising during the changeover. The minor complications that did surface were due to the new security levels that were installed on all computers in the building. Everyone was given a username and password, and some employees had to rebuild data. He noted that there was a little pushback as there is with anything new, but that it is now seamless.

In the five years since the incident, Northern Tool has made minor upgrades to its data backup system. The same server still is in place, and it has only been restarted once a year, as Frigo put it, to “clean the dust.” An ABS UPS 1400 battery backup unit has been added, which allows all data storage systems to continue running for at least 15 minutes if the power goes out. This gives Northern Tool employees the time to shut down all systems properly.

Reflecting on how the system has worked out, Frigo said that overall he is satisfied, with only one frustration voiced. “The one thing I don’t like about the system is the main internal backup – the Netgear unit – because if we do a power starting process, we have to physically go in and restart it.” His suggestion is to find an internal backup system that can restart automatically. Aside from this issue, the outcomes have been positive for Northern Tool.

In addition to avoiding viruses, Frigo asserted that the improved system has been cost effective in preventing the loss of data. Since employing the layered approach, data has only needed to be retrieved in the second level after incidents occurred where data was accidentally deleted locally or a power outage occurred while an employee was working on a stored file.

Frigo is certain the investment has been worth the costs. “Think about how much your files are worth to you if you would ever have to replace them,” he said. “A $5,000 investment doesn’t look that bad if you look at it that way.” Northern Tool is committed to putting the needs of the customer first, and Frigo feels that this investment in the company’s data backup and storage does just that.

Since putting the enhanced system into place, Frigo noticed a ripple effect. As a business that builds molds for the electrical, toy, cosmetic and other industries, dealing with large OEMs is a daily occurrence. These Fortune 500 companies know they can rely on Northern Tool to obtain files. Frigo said the corporations come to him to find a drawing or other files they are not able to obtain from their own company.

After a data loss that could have been catastrophic, Northern Tool has built a stronger foundation for storage and backup of the information that is generated daily by the employees of the mold manufacturer and molder. Frigo is clear that he has not looked back since making the changes five years ago, as he stated, “Not taking data backup seriously is a mistake I will never repeat.”