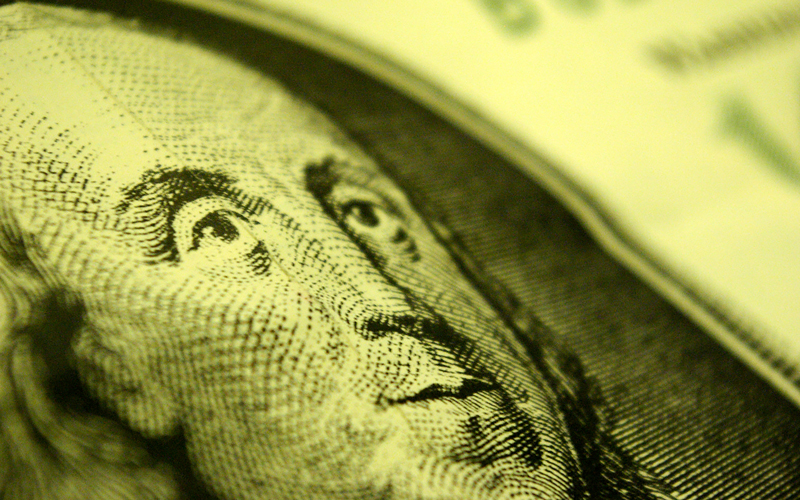 The domestic production activities deduction (DPAD), enacted in 2004 to help offset the repeal of a tax break for US exporters, equals nine percent of the taxpayer’s qualified production activities income for the tax year. While this tax benefit is more than a decade old, we have found that not all mold builders are claiming this valuable deduction. The DPAD is designed to be an equivalent of approximately three percent reduction in the mold builder’s tax rate associated with its US manufacturing operations. 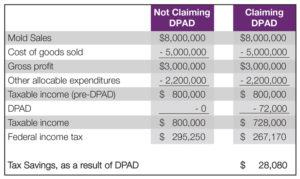 Corporations, partnerships, limited liability companies and sole proprietors are eligible for the deduction. Further, while the deduction was enacted as a result of the elimination of an export subsidy, mold builders are not required to export the tools to qualify for the DPAD.

The deduction equals nine percent of the net, taxable income attributable to eligible activities. However, the deduction may not exceed the taxpayer’s taxable income (or adjusted gross income, in the case of S Corporation shareholders, partners in partnerships, and sole proprietorships). In addition, the DPAD may not exceed 50 percent of the W-2 wages paid to employees allocable to the activities giving rise to the deduction.

Qualifying sales are those sales from the manufacture, production, growth or extraction of qualifying production items in whole or in significant part in the US. Most US mold builders engage in qualifying activities, but, that said, they should not assume that all net income is qualifying income. However, de minimis amounts of “other income” will not disqualify a mold builder from qualifying for the full deduction.

IRS treasury regulations provide that only one business may claim the DPAD with respect to any qualifying activity that is performed in connection with the same qualifying product. This requires the item to be manufactured:

Under current regulations, if one company performs a qualifying activity pursuant to a contract with another party, then only the taxpayer that has the benefits and burdens of ownership of the qualifying production property is treated as engaging in qualifying activity. Determining which party has the benefits and burdens of ownership is based upon the facts and circumstances, and taxpayers should consider which party has the risk of loss, title of the work in process (WIP), control over the production process, liability with respect to “make good” contractual provisions and an opportunity to benefit financially from increased efficiencies in the production process.

Moreover, it should be noted that multiple companies could have qualifying income for different stages in the manufacture of a product.

To the magnitude of this benefit, consider the following, contrasting examples for a US mold builder claiming and not claiming the DPAD. This example assumes all of the activities take place within the United States and are performed by the mold builder.

The DPAD is an extremely beneficial provision of the Internal Revenue Code for mold builders in the US. Careful consideration of the requirements will help companies ensure they are calculating the proper amount of DPAD, as well as help establish procedures that substantiate such positions in the event of an IRS examination.

Michael J. Devereux II, CPA, CMP, is a partner and director of Manufacturing, Distribution & Plastics Industry Services for Mueller Prost. Devereux’s primary focus is on tax incentives for the manufacturing sector. He serves on MAPP’s Board of Directors and has been a MAPP sponsor since 2006. Mueller Prost’s Tax Incentives Group is nationally recognized and has assisted numerous companies in the plastics industry capture these benefits. For more information, email mdevereux@muellerprost.com or call 314.862.2070.